Super short update today, as I’m right in the middle of an exciting tools-related task, and I don’t want to lose momentum on it. Also this week has largely been spent on bug fixes, and those are difficult to write about in any sort of compelling manner except when they’re exceedingly complex to isolate and resolve.

I’ve been working on bringing a few features over from Super Win, including locked doors and pickups. Coins, bombs, ammo, keys, and health can now be collected in the field and are represented on the HUD. The next step will be to drop these from enemies and environmental objects (think Castlevania torches and sconces), and then after that, I’ll probably start implementing NPCs and shops. At some point, factions should start coming into the picture, which is exciting since the faction tug-of-war has been a core promise of Gunmetal since its inception. 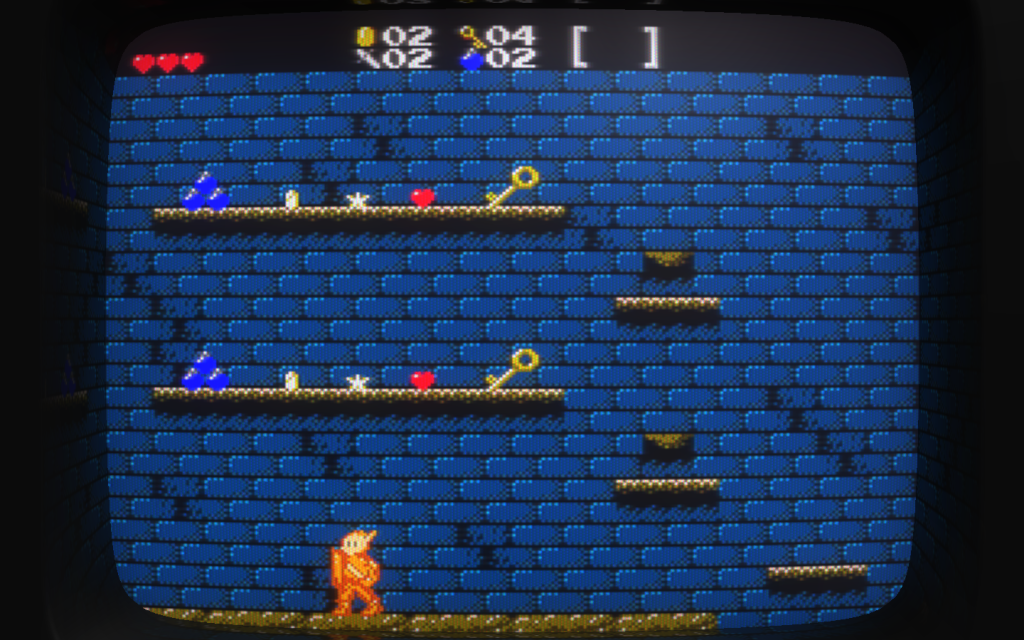 I made a small change to the audio synthesizer to reduce pops when notes are played by introducing a brief (1/200 sec.) fade-in and fade-out time on volume changes. This is most noticeable on headphones. A comparison is available here: https://soundcloud.com/j-kyle-pittman/sets/synth-comparison

In preparation for launching a public game feel test build sometime in the near future, I built Gunmetal for Mac and Linux a few days ago for the first time in months. Fortunately, nothing too major had changed or broken; I ran into a case where my GL implementation was failing to set blend modes correctly, but it was an easy fix.

Despite my comments last week on not worrying about scheduling, I’ve been curious where exactly I spend most of my development time — logging hours and estimating tasks have never been a part of my workflow, so by and large, I consider any schedule I could write to be inaccurate by an order of magnitude and wholly worthless. But if I can throw science at that problem, it gets way more interesting. I’ve been tracking my productivity as a function of SVN commits over time since launching Minor Key Games, but I’ve never had any sort of an accurate metric for how long an individual task might take. Starting today, I’m going to be spending some time developing tools to hopefully give me a clearer picture of my moment-to-moment development habits.