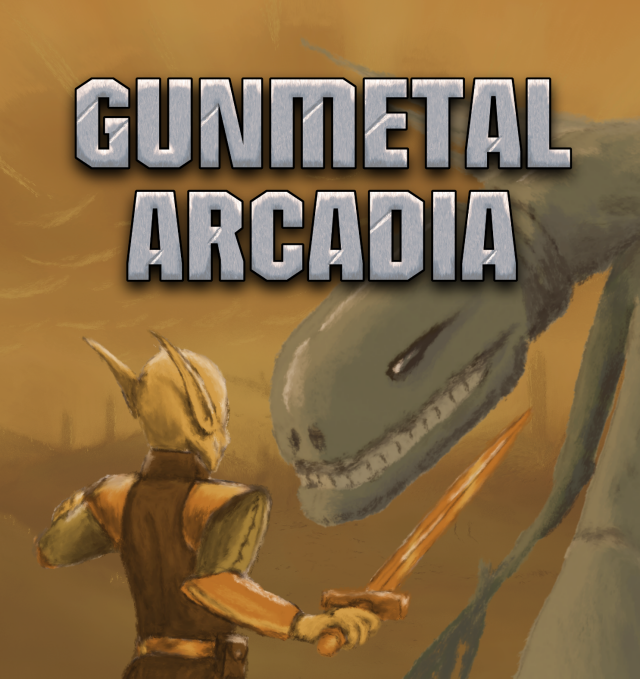 Gunmetal Arcadia and Gunmetal Arcadia Zero are a pair of video games made by one guy, ex-Borderlands 2 developer J. Kyle Pittman. Their visuals and core gameplay mechanics are informed by classic action-adventure platformers like Zelda II: The Adventure of Link, The Battle of Olympus, Faxanadu, and Castlevania.

The Gunmetal Arcadia titles feature the latest and greatest version of the world-class CRT simulation previously seen in the developer’s freeware indie hit You Have to Win the Game and its sequel Super Win the Game. You can read more about the technology behind this aesthetic in this Gamasutra blog post.

Gunmetal Arcadia Zero was released in May 2016 as a Humble Original and was given a wide release on November 1, 2016. Gunmetal Arcadia is scheduled for release on February 7, 2017. Each has or will ship simultaneously on Windows, Mac OS X, and Linux.