I spent last week at GDC, so I didn’t get any development done on Gunmetal Arcadia, but as it turns out, I already had something a little different planned for this week’s update.

As I mentioned in a previous entry, I’ve been putting together a playable test build. You can download that here:

This is a very early build with a minimal amount of placeholder test content. The purpose of this release is to collect feedback on game feel, specifically with regard to player character movement and combat. You can send me feedback by email to [email protected] or on Twitter to @PirateHearts. 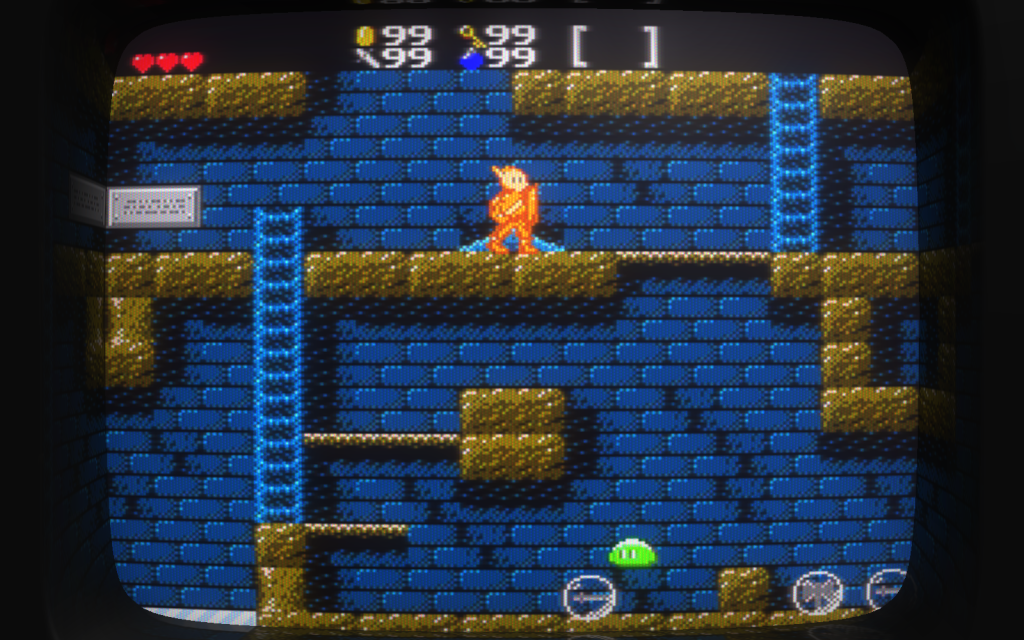 This build contains a small test map with a handful of enemies who will respawn each time you enter the room. I recommend playing with a gamepad, but you can also use the keyboard, and the controls can be rebound in the options menu. The default Xbox 360 gamepad controls are:

For Windows users, please note that this is the first time I have released a Windows build running my OpenGL+SDL implementation instead of my normal DirectX implementation. This was done to avoid having to build an installer for DirectX dependencies, and the game may not behave identically to the final version in some ways as a result.

The license agreement text included with this build is a placeholder for the shipping version and is not fully applicable to this release. This build may be shared, recorded, streamed, or otherwise distributed with no limitations.