Last week’s mystery Polaroids are courtesy of a week David and I spent on the road visiting Lincoln and Omaha, Nebraska. It’s been ten years since we graduated from UNL, and it felt like a good time to see how the cities have changed, visit some old haunts, and mostly be glad that I don’t have to worry about classes and grades anymore.

I’m continuing to make progress on Super Win speedrun courses. Three of the five courses have been fully grayboxed and need to be tweaked and arted up. One is in the process of being grayboxed, and the last one I haven’t started building at all yet. 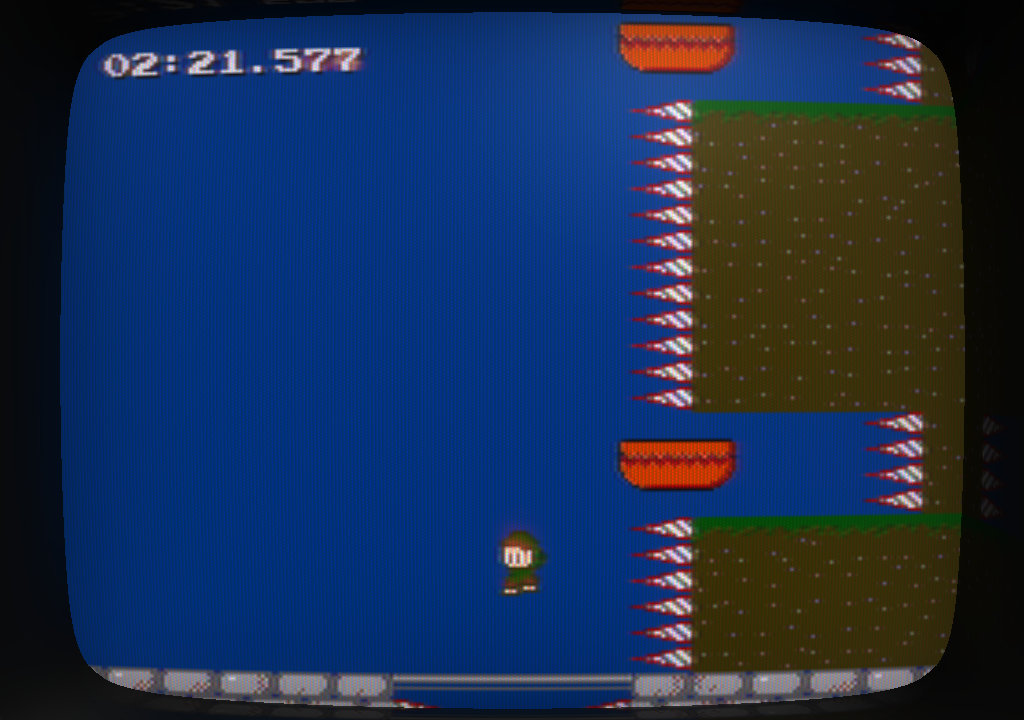 The first course is Old Arcadia. This course requires some long jumps and wall climbing that are only possible with the new coffee cup powerup, which grants a temporary speed boost. 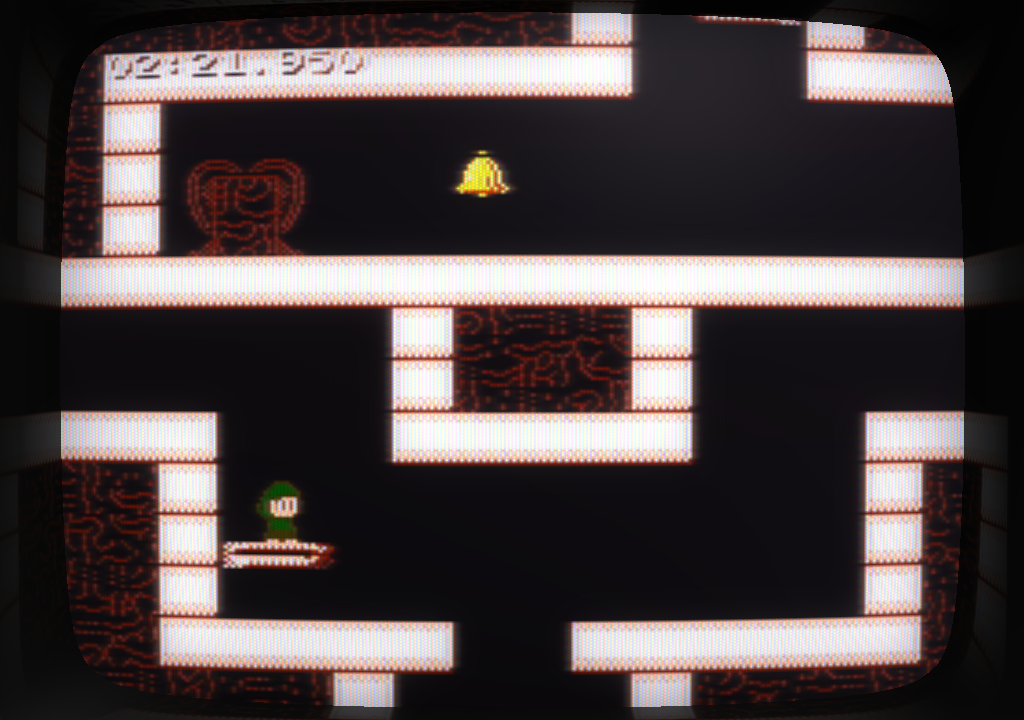 The next course is the Bonehoard. If you’ve finished the campaign, you’ll recognize this tileset from one of the last areas of the game. There are a couple of branching paths throughout this course; the trick will be figuring out which one is the fastest. 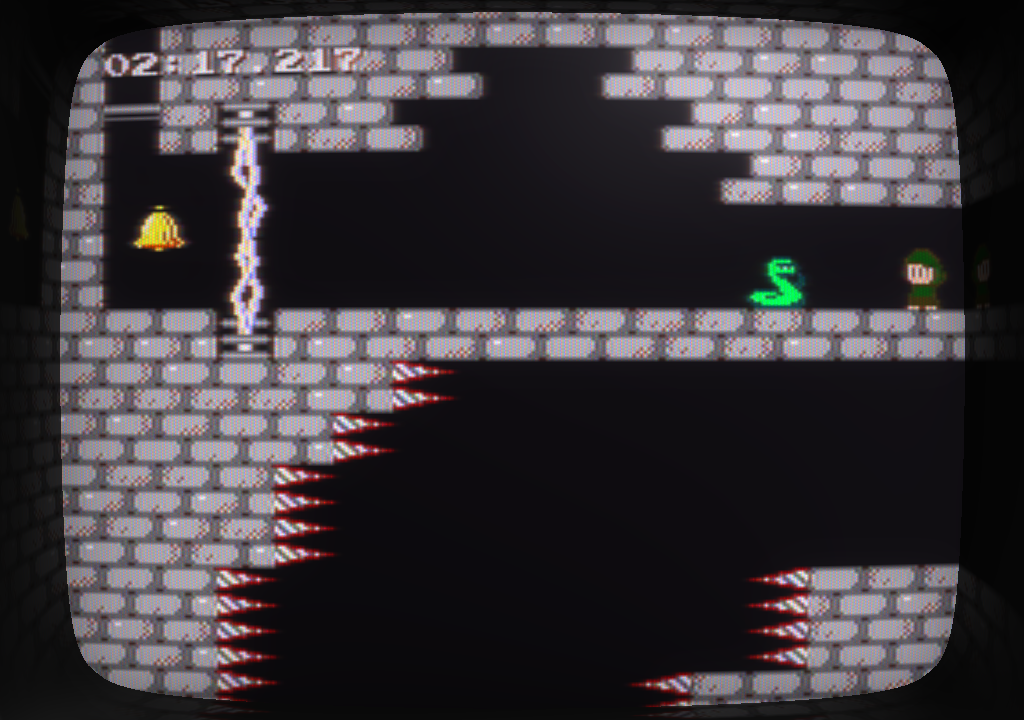 The Dreamscape Nightmare course winds back and forth around a central tower. You’ll have to climb to the pinnacle to find the gear you need to plummet back down to the bottom and reach your goal. 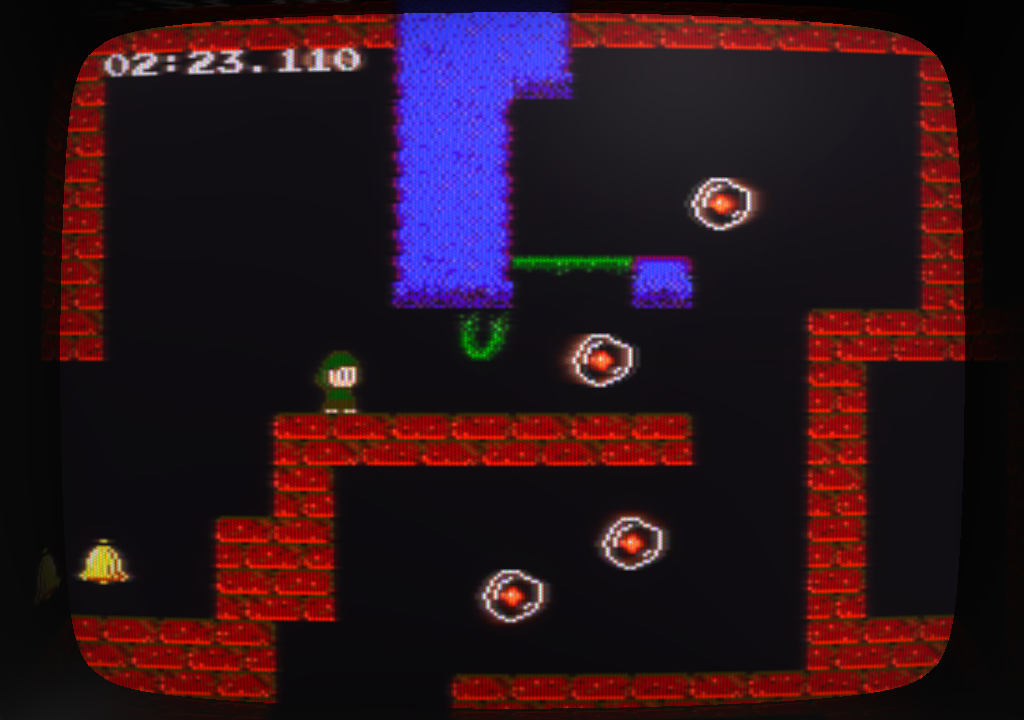 The Caverns of Legacy will be familiar to fans of the original You Have to Win the Game. This course contains reworked versions of some iconic rooms from that game. This has been an interesting challenge on account of the difference in scale between the two games. I rely almost entirely on 16×16 tiles in Super Win, and coupled with the narrower dimensions (256 pixels across vs 320 in You Have to Win), I’m having to simplify the geometry of these rooms and try to evoke the originals rather than rebuild them 1:1.

Finally, there’s the King’s Gallery, which isn’t pictured here because I have yet to start building it. My idea is to play around with the concept of traversing the outside of a space that was previously encountered, a sort of deliberate breaking out of the world. It’s an idea I’ve had at the back of my mind since the first YHtWtG, but I’ve never really explored it. Hopefully it’ll turn out how I’m imagining. 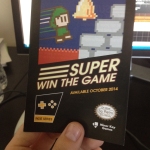 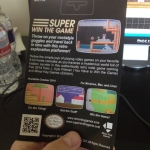 Hey, remember these flyers I did for Super Win that were designed to look like an original NES “black box” release? I’m working on something similar for Gunmetal Arcadia, this time in the vein of ’90s video game ads — white backdrop, serif font, etc. This is obviously still a pretty early mockup, but it’s a good example of the sort of thing I’m going for. 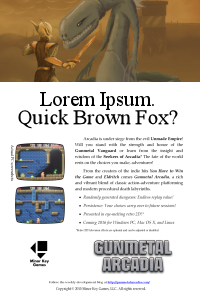 Reusing the same MIDI-to-proprietary-synth tech in Gunmetal Arcadia as I did in Super Win the Game has put me in a good place to be able to write music off and on for the entire duration of the project rather than having to worry about composing a whole soundtrack all at once close to launch. I’ve already written easily 50% more music for this game than I did for Super Win, and I plan to keep on writing as long as the melodies keep coming to me. Here are a couple of the more recent tunes I’ve written.

I guess this next bit might not be super interesting to non-devs, but since I like to talk about some of the aspects of development that sometimes go unnoticed, here’s a fun thing that happened. While I was out of town, a thunderstorm took out my modem/router. For some reason, this was the one device that wasn’t behind a surge protector, so I guess that’s what I get. To their credit, my ISP replaced it immediately, no questions asked, although I also had to put a new ethernet card in my PC because apparently the surge also blew out the ethernet port on my motherboard.

Anyway, the point is, along with a new modem and router came a new IP address. That’s nothing new; when I was living at my previous apartment and using a different ISP, my IP address would change at least once a year for no reason at all. It’s always been a minor irritant, though, because it means I need to update the URLs on all my local SVN working copies. (As I’ve discussed before, I keep each project in a separate repository, so I’ve ended up with quite a few working copies checked out.) Historically, I’ve always just dealt with this by relocating each working copy whenever I touch it next, but this time, I finally decided to simplify the process. I wrote a script to output the URL of each working copy in a given directory, and if its address differs from a provided target IP, it will automatically be relocated to the new one.